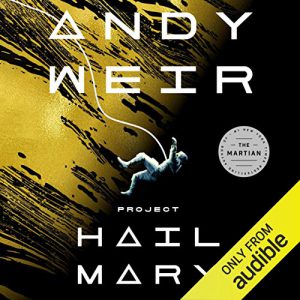 Have you ever finished a book and just been devastated when you finished because it was such a great escape into another world?

Or, like a friend of mine told me, “I wish that I could get amnesia, just so I could read this book again for the first time.”

It’s been a long time since I’ve felt like this about a fictional book. I’ve been deep in memoirs and non-fiction for the past couple of years and although I’ve read a few books that I’ve really enjoyed, none have hit me quite as hard as Project Hail Mary by Andy Weir.

If you enjoyed his previous book The Martian (included with your Audible membership for 0 credits), or the movie starring Matt Damon, you’ll likely enjoy this one as well. Like The Martian, the story is a science fiction book with actual science in it. If I were rating Weir’s books on a 1-10 scale I’d rate The Martian a 7 and Project Hail Mary a 14. This is why I’m not asked to rate things often.

I started listening on Audible on Saturday and listened to all 16 hours of the book by Tuesday afternoon. Ray Porter narrates and does an absolutely fantastic job with the story. Without spoiling the story for you, their are some elements that make the audible performance preferable to reading the book. Just trust me on this one.

If you’re looking for a new story to immerse yourself in while forgetting about the world for a few days, or at least tune the world out while you travel to other planetary systems, give this book a listen. Treat yourself to a fantastic adventure, science that feels comprehensible, witty commentary and well, a story that is out of this world.1

The main character, science teacher Ryland Grace, inexplicably wakes up and doesn’t know where he is or why he’s there. It turns out he’s on a mission to save the planet. As the story unfolds you’ll come to love him as a character, and as your own personal science teacher. The book weaves the narrative of why the earth needs saving and Ryland’s part in that plan using flashbacks of memory.

Much like in the Martian, the primary storyline involves Ryland figuring out how to accomplish the mission, while also navigating through other planetary systems, trying to overcome all the things that can happen in space and interacting with alien life forms. Yes. This book has aliens in it. But they aren’t little green men. Instead Weir has created an alien species out of whole cloth and it’s fantastical. From their design to their style of communication, it stretched my imagination in very positive ways.

The story takes unexpected turns, moral dilemmas and friendships with people… er, aliens who aren’t like us. It ended in a completely unexpected twist that just made the entire story that more enjoyable. Start it today and thank me in 16 hours.

**Quotes that are definitely spoilers. Proceed with caution.** 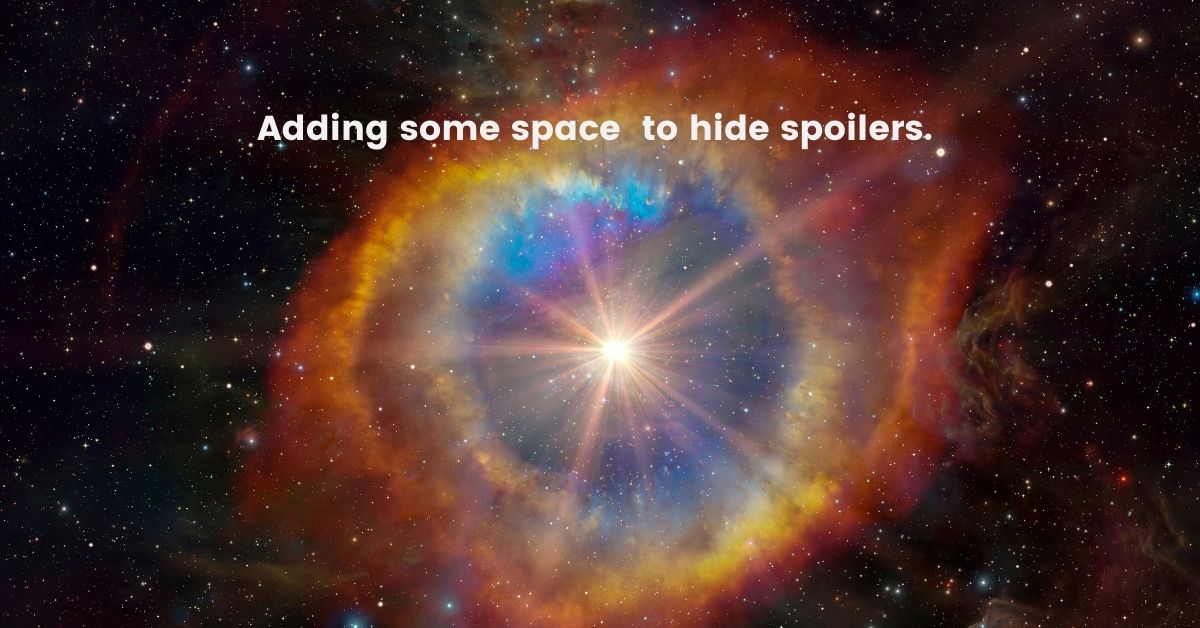 Some of my favorite quotes from Project Hail Mary

“I am scary space monster. You are leaky space blob.”

“I am happy. You no die. Time to save planets.”

“The hardest part about working with aliens and saving humanity from extinction is constantly having to come up with names for stuff.”

“It’s a weird feeling, scientific breakthroughs. There’s no Eureka moment. Just a slow, steady progression toward a goal. But man, when you get to that goal it feels good.”

“I’m lucky to be alive. There’s no other way to put it. Anything I do beyond that moment is a gift from the universe to me.”

“It’s a simple idea, but also stupid. Thing is, when stupid ideas work, they become genius ideas. We’ll see which way this one falls.”

“Sometimes, the stuff we all hate ends up being the only way to do things.”

“Human beings have a remarkable ability to accept the abnormal and make it normal.”

“Kids are smarter than most people think. And they can tell when a teacher actually cares about them as opposed to when they’re just going through the motions.”